England vs Ireland… We were there 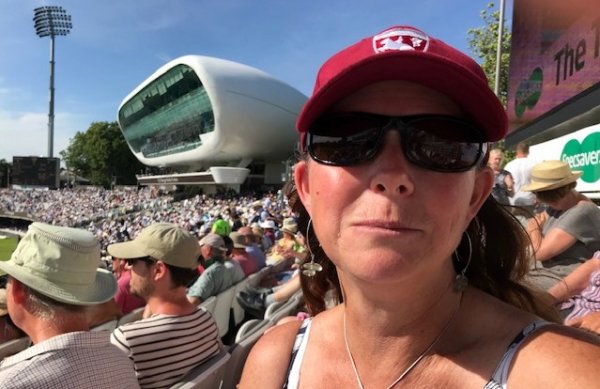 Camice remains tight-lipped and, as an American, independent when asked to comment on the morning’s play

GCC had at least three members at the first day of Ireland’s first ever Lord’s Test, Christie Marrian, Camice Revier and me. England won the toss and chose to bat. By lunch, online applications for Irish passports from St John’s Wood had crashed the system. The all too regular intakes of breath as England players dragged their bats back to a silent pavilion were echoed by the

of the almost politely smug visiting support. Ireland’s Murtagh, a week short of 38, took his 5 for sod all before a disbelieving 20,000. 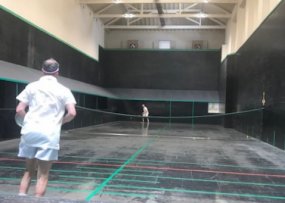 Christie had arranged a real tennis match for 1pm and it was an excuse to get away from the Irishwoman next to me in the Edrich stand who was probably godmother to half the Irish team, such was her knowledge of them and the Welshman behind me who… you know. The English tenth wicket fell with Christie and I on court. We felt we’d missed nothing. The public are allowed into the tennis on match days. We played before a varying crowd who, once they’d identified the rules and our limited skill levels, moved on.

Ireland had a decent lead before leaving England to face one over before the close. Much of the crowd waited to see… It didn’t happen.

Very much an ‘I was there’ day, the Irish had by far the best of it. At least an Englishman won the tennis.